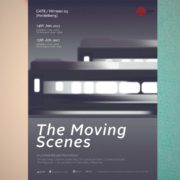 “The Moving Scenes“ shows a unique perception of Chi-Han‘s autistic sibling. It represents the defamiliarization of our daily life while taking a train. It represents a journey with different perspective and perception. Translate it into documentaries, movements, body language and music by working with a film artist, a musician, and performers. The Moving Scenes shows the memory of traveling in Taiwan, the time change, and the deformation of the scenes.

The scenes are deformed by time and speed. With 3D scanning horizontal image transcription and chronophotography techniques, the diverse perspectives reinterpret how we see and hear our distorted everyday life. Chi-Lun, 27 years-old, loves taking and watching trains. Studying maps and watching videos of trains and other modes of transport in operation, he is well versed in the transport routes around Taiwan. The gradual easing of the epidemic in Taiwan allowed him to once again go on a train physically. He, his sister and father are making plans for a train trip. Unable to express himself freely, Chi-Lun has to rely on the guidance of his family to do so. They discuss about when they are going for the trip, about the time they depart from home, about where they are going to go, about the mode of transport to the train station, about the train number, about how they are going to reach their destination. During the trip, his expressions are as fleeting as the view outside of the train window.

Bridging our times is a film about different temporalities and how these temporalities subsume each other forming a slice of reality on film. 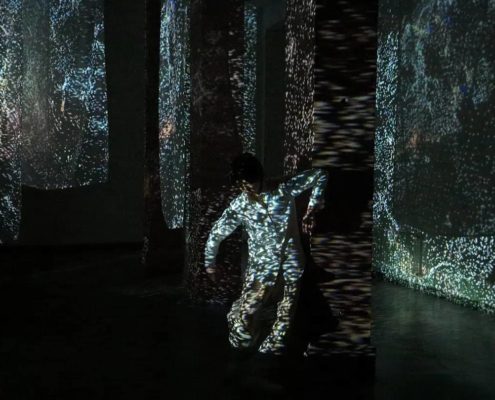 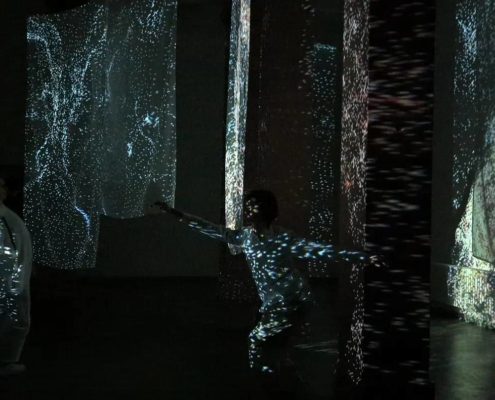 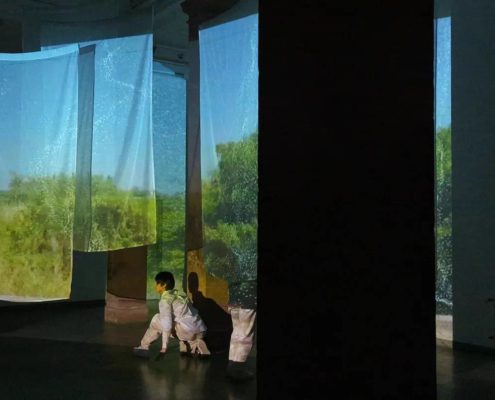 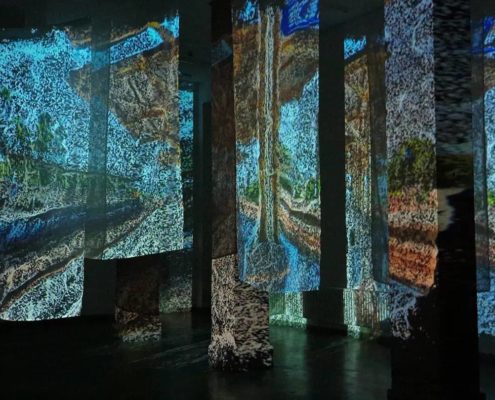 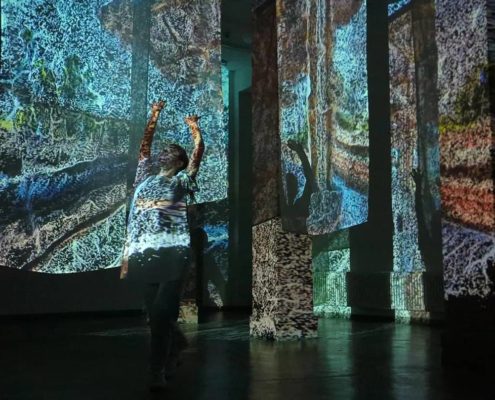 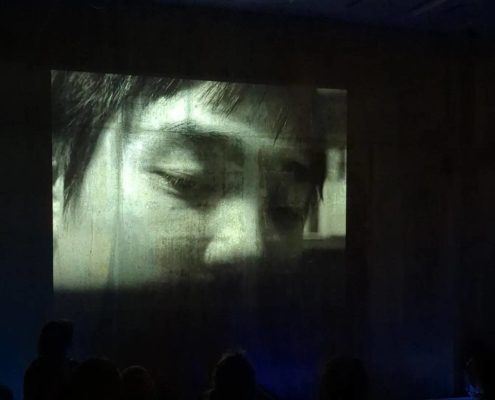 Chi-Han Feng (*1991 Taipei, Taiwan) is a Sound and Visual Artist, Archi­tectural Designer and Freelance Writer. She lives and works in Taipei, Taiwan, with a Taiwanese-Hongkong background. In 2020 she gradua­ted from Hochschule für Bildende Künste Städelschule, Frankfurt a.M and holds a M.A. in Architecture. Current works focus on digital art, bodily sensation, perception, special needs, and the transformation method. She has been using visual and auditory elements to note her sibling‘s daily life to convey his unique perception and to creat a new language/ medium through experiments, installations, and performances. Her aim is to find a way to re-examine our sensory perception.

Joanna Gruberska is a dancer, movement researcher and teacher. She studied at Anton Bruckner University, Linz and at the Institut del Teatre, Barcelona and obtained a BA degree in Contemporary Dance and Dance Pedagogy. In 2021 she graduated from Contemporary Dance Education program at the Hochschule für Musik und Darstellende Kunst Frankfurt. Joanna’s interest in the notion of awareness, integration and presence in the body has led her to working with improvisation, dance phrases and somatic practices such as Body-Mind Centering. Her clas­ses are a mix of energetic, rhythm based movement explorations and a journey into sensorial experience of the body.

Ewelina Zielonka is a freelance dance artist, working in Frankfurt am Main. In 2013 she completed her bachelor’s degree in Movement Studies and Dance Education at the Anton Bruckner Private University (Linz/AT), and in 2015 completed her Master’s degree in Contemporary Dance Education at the University of Music and Performing Arts in Frankfurt am Main. In addition to choreographic work with Hella Lux, Kristin Gerwien, Paul Pape, Ewelina leads various artistic projects with amateurs – she works with teenagers as part of Dance in Schools, with children as part of the MOOVE ON! project and the You & Eye project offered by the Frankfurt Department of Culture. For the past 4 years she has been running the dance club at the Künstlerhaus Mousonturm, which is accompanied by the Tanzplattform Rhein-Main.

Tzu-Ning Liao was born in Taiwan and has been learning piano since 3 and Erhu since 9 years old. She participated in both instruments’ competitions and also played Erhu in several Chinese orchestras since the age of 10. Between 2017 and 2021 she studied multimedia composition at the Hochschule für Musik und Theater in Hamburg, Germany.

Liao developed her own unique style on erhu over the years. She has performed as a soloist and together with various western musical instruments in ensembles through many concerts and performances, including: “Lied von der Erde” with Duisburg Philharmonic Orchestra (Duisburger Philharmoniker) in Duisburg in September 2022, “Konfuzius und die neue Weltordnung I” with SCHOLA HEIDELBERG and Ensemble Aisthesis in Heidelberg and Bonn in 2022, “Re: member” featuring Chinese music, multimedia, and dance in Bonn and Lübeck in 2022 and Heidelberg in 2021, and “ZER-RIS-SEN. Wenji: Auf der Suche nach Heimat”, a chamber opera by composer Lam-Bun Ching, in Heidelberg and Ludwigsburg in 2019.

In recent years, her artistic focuses are new, experimental music and fusion of Chinese, electronic, and improvised music. Besides being an active performer, Liao is currently pursuing a degree in music therapy.

Toh Jia Jun (* 1990, Singapore) began making films in 2013 after enro­ling In the Department of Radio, Television and Film at Shih Hsin Univer­sity, Taiwan and is currently studying in the class of Gerard Byrne at the Hochschule für Bildende Künste Städelschule, Frankfurt a.M. Working away from home has enabled me to ponder upon my being in this ever-changing landscape and boundaries, where memories disap­pear or reappear as different facades in our mundane lives.“

Mikyo Sho (* 1990, Taipei, Taiwan) is an Architectural space translator. She graduated from the Department of Architecture of Tamkang University and lived in Japan for 13 years since she was a child. She works as an interpreter in architectural exchanges between Taiwan and Japan. Participated in architectural exhibitions [2018 Tectonic Becoming Exhibition – New Weaving Project Assistant] [2021 “Taiwan Acts! Architecture in Social Dialogue” at the Munich Architecture Museum, Germany, Scientific Assistance]. The professionalism possessed by the architectural space is translated into a state that non-architects can experience.